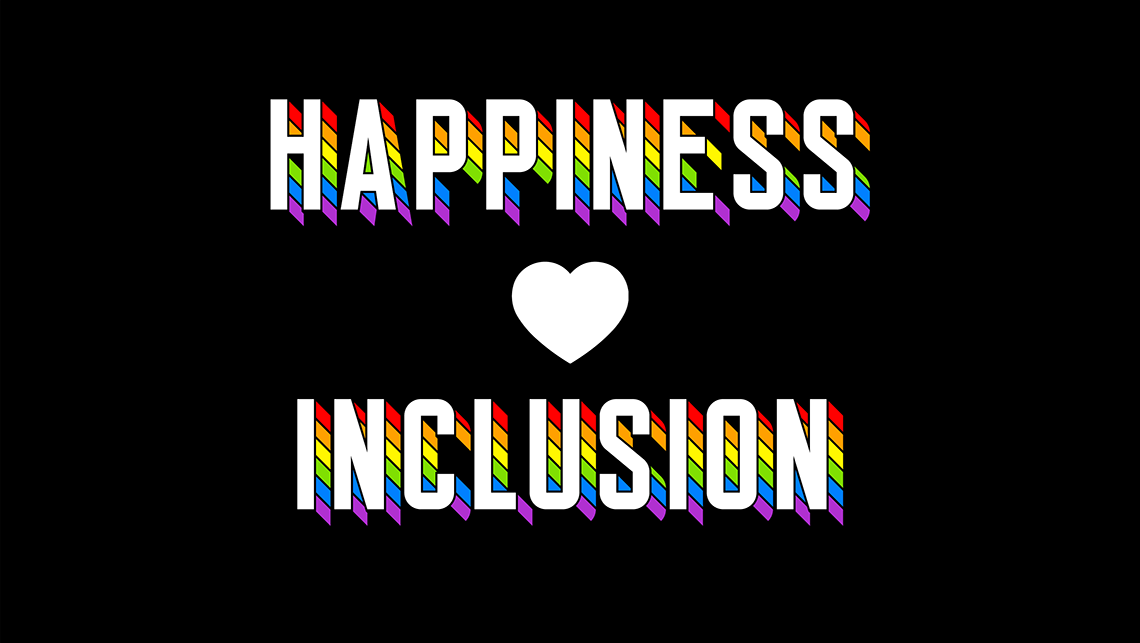 As one of the most recent arrivals at Design Portfolio, I have been welcomed with open arms and can feel, even after only a couple of months, that the culture within the business is one of warmth, support and teamwork.

As my colleague Charlotte wrote previously, the creative industry has a problem on its hands when it comes to attracting talent from different social backgrounds. And from my 20-odd years’ experience, she’s right – the vast majority of people I have worked with over that time have been white and from middle class backgrounds.

Reading it made me wonder if the creative industry has a similar issue in LGBTIQ inclusivity.

Clearly society at large has a long way to go, but one would think that the arts as an employer would be one of the most accepting and inclusive environments. Yet today only a very quick Google search turned up a report from last year on The Drum, about a survey by Digitas UK and Gay Star News, which found that “15% of advertising and marketing professionals who identify as lesbian, gay, bi, trans or queer have experienced acts of physical and emotional abuse and harassment in the office”.

Furthermore, the study found that “13% of employees surveyed said that their sexuality and how they express their gender have held back their career progression and chances of professional success” and nearly 40% “have experienced homophobic or transphobic jokes aimed at them by colleagues”.

This made me wonder how that compares to the national workplace as a whole.

So, off to Stonewall, where I discovered its “LGBT in Britain - Work Report” research for 2018, which found that:

And most unsurprising for me personally:

To me it seems (from admittedly limited research) that actually the creative industry isn’t quite as bad as the UK employment environment as a whole, but I can’t help but feel it’s in the same ballpark. Indeed, the latest Top 100 Employers survey by Stonewall includes only two organisations from leisure, arts and media – one arts organisation and a broadcaster. The design, marketing and advertising sector has no representation at all.

You might have guessed already, but if you haven’t, I identify as non-binary, consider myself (after much soul searching and professional help) represented by the T in LBGTIQ, and express that outwardly in the way I dress and act.

I could not feel more included at Design Portfolio, a feeling which comes from senior management and permeates the entire business. If the creative industry needs a case study on how internal culture should be nurtured to create a happy workplace for LGBTIQ employees, it could do a lot worse than to look to this integrated communications consultancy.

As Stonewall puts it, “LGBT people who feel able to bring their whole selves to work have increased energy, better performance and stronger relationships with their peers”.

And which organisation, regardless of industry sector, wouldn’t want that?